You are now leaving CLN2family.eu. BioMarin is not responsible for the content of external sites.

Do you wish to continue?

Yes No - take me back to CLN2family.eu
X

What is CLN2 disease?

CLN2 is a genetic disease

CLN2 disease is an inherited disease that is passed down through families
Children with CLN2 disease are born with this condition, even though it may take months or years before they start showing signs.2

CLN2 disease is referred to as an autosomal recessive disorder2

How is CLN2 diagnosed?

There are lysosomes inside every cell. Lysosomes contain enzymes that break down and recycle material in the cell. One of these enzymes is called TPP1.5

The TPP1 enzyme is missing or does not work properly in children with CLN2 disease. When this enzyme isn't working correctly, certain materials build up in the lysosomes of cells, particularly cells in the brain and the eyes.3,6

CLN2 disease is associated with a build-up of materials inside brain cells3,6 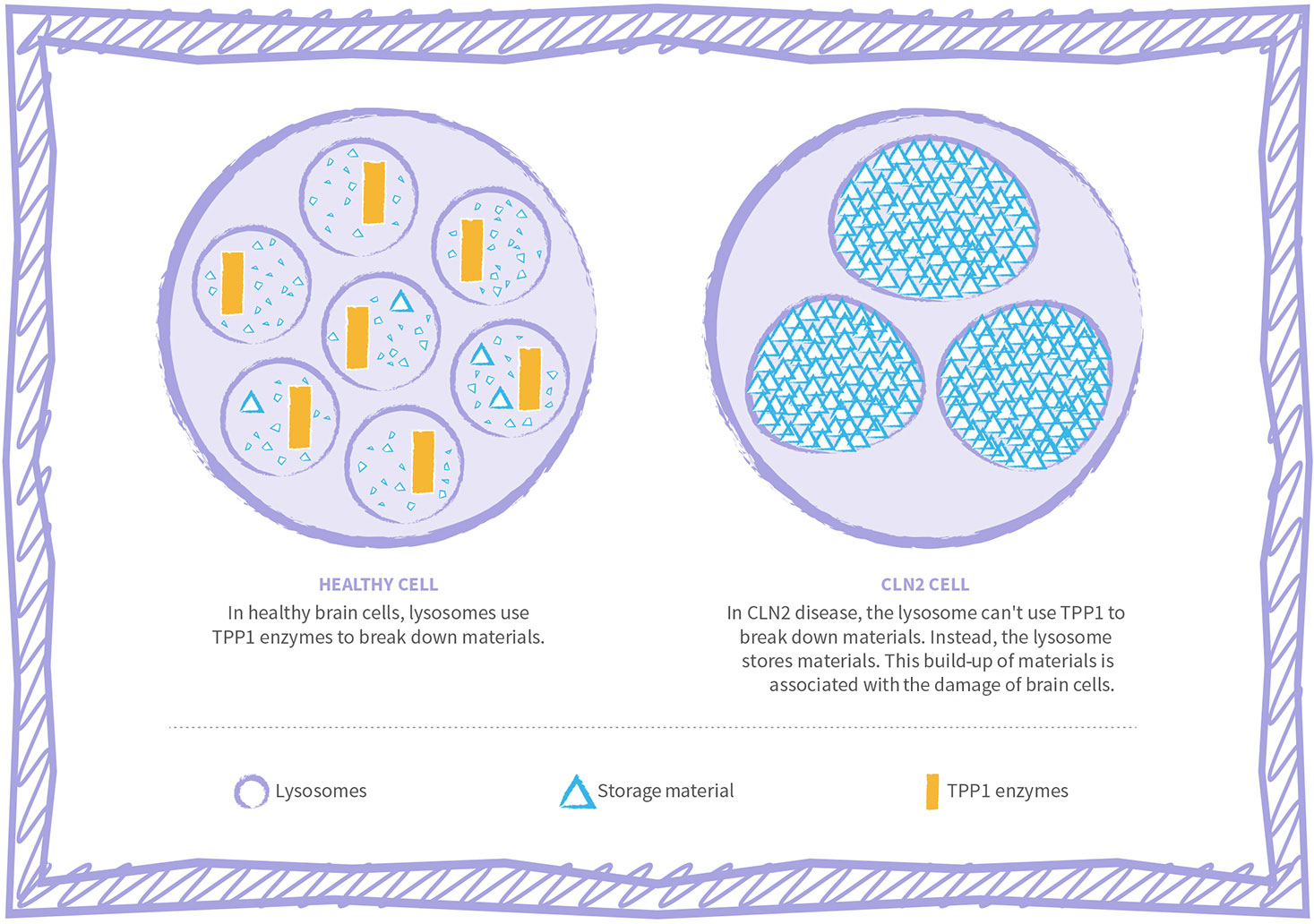 Over time, this build-up is associated with damaging the cells in the brain and the eyes, and they stop functioning normally. As this happens, the symptoms of CLN2 disease (for example, language development delay, seizures and visual impairment) appear.1,3

When do the symptoms of CLN2 disease usually appear?

The symptoms of CLN2 disease usually get worse over time and include the following:2,5,7-11